For Phuket Chiang Mai flights, Bangkok Air and Air Asia have direct flights. Flight time is approximately 2 hours. Upon arrival, you will likely have taxi touts approach you. You can either go through them or via the counter desks. The taxi meter is the usual mode of transport from the airport into town. (Approximately 120 baht). 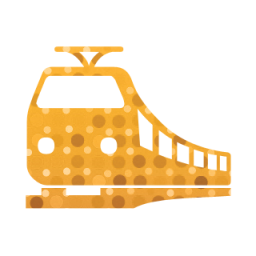 You have to combine Train & Bus trip. If wishing to travel by road, one comfortable way is via a combined bus and train trip. An air-conditioned bus from Phuket Bus Station to Surat Thani will take around 4-6 hours. From Surat Thani, you can take the train direct to Chiang Mai. The combined bus and train fare will be approximately 1,600 baht (1st class sleeper) or 1000 baht (2nd class sleeper).

By Bus: There is the main bus terminal from Phuket town to Bangkok. Although Phuket is an island – there is a bridge that connects them to the mainland. The bus ride is approximately 12 hours (Phuket to Bangkok). Prices vary depending on the time of day and class of service, the most expensive ticket around approximately 1200 baht (VIP).

From Bangkok, you can there are hourly bus services to Chiang Mai. They vary in comfort from budget to VIP, and the journey takes approximately 10 hours. Upon arrival in Chiang Mai, you will depart at Arcade Bus Station which is located approximately 3km from the city center.

Be warned that as soon as you depart the bus, you will be bombarded by drivers looking for business. You can either negotiate a price with one of these Tuk-Tuk drivers (approximately 100 Baht) or walk past them and find a red Songtaew (price approximately 50 baht, but you will have to wait until the songtaew is full of passengers before leaving).

This solo travel to Pattaya package is fit for girls/women/girlfriends who want to do their first travel to Pattaya. For those who are more confident, we have given alternatives which you can do as a solo traveler and save some money. Its a 4 Night Package with tours and transfer.
FromRs. 25,200
0
View Details

Best of Thailand for Boys and Girls

Includes two nights in Bangkok, Three Nights in Phuket and two Nights in Krabi. The tours are lenient and you can enjoy and relax at the same time. The package is for 7 Nights 8 Days. There are 7 tours and the hotels are three-star categories.
FromRs. 34,700
0
View Details

The 11 night 12-day tour will take you the best cities of Thailand. We will cover Bangkok, Pattaya, Hua Hin, Phuket, and Krabi. There are 11 tours and the hotels are three-star categories. The hotels are suitable for couples and families.
FromRs. 55,800
0
View Details

Phuket Package for Families is for Four Nights and Five Days. We have chosen the best family hotel which has its own water park. It is a five-star resort with all the amenities. We have kept the tours in such a way that you have time to enjoy the resort too. Yes, we agree the […]
FromRs. 29,400
0
View Details

Phuket Group Package for Boys is best suited for ten friends. The package includes three tours, all transfers, and breakfast. The hotel is guest friendly. You can increase or decrease the number of friends, the cost will vary accordingly.
FromRs. 13,200
0
View Details

Phuket Group Package for Girls best suited for ten friends. The package includes three tours, all transfers, and breakfast. You can increase or decrease the number of friends, the cost will vary accordingly.
FromRs. 13,200
0
View Details

Corporate Incentive Tour with Yacht Party includes a three-night stay in a four-star hotel in Pattaya. Rather than adding Bangkok in the itinerary where you spend most of your time traveling, we added Private Yacht Party. Most of the dealers have seen Pattaya and rather than going to Pattaya they opt for CDs (Cash Discounts).
FromRs. 36,500
0
View Details

Do not hesitage to give us a call. We are an expert team and we are happy to talk to you.