The number one Phuket Must See Places are the Phi Phi island. It lies between the large island of Phuket and the western Strait of Malacca coast of the mainland. The islands are administratively part of Krabi province. Phi Phi is a group of six islands. The two main islands are Phi Phi Don and Phi Phi Leh.

The islands feature beaches and clear water that have had their natural beauty protected by national park status. Ko Phi Phi is one of Thailand’s most famous destinations for scuba diving and snorkeling. You can also do kayaking and other marine recreational activities.

There are no hotels or another type of accommodation on the smaller island of Ko Phi Phi Lee. The only opportunity to spend the night on this island is to take a guided tour to Maya Bay and sleep in a tent.

The nearest airports are at Krabi, Trang, and Phuket. All three have direct road and boat connections. There are frequent ferry boats to Ko Phi Phi from Phuket, Ko Lanta, and Krabi town starting at 08:30. Last boats from Krabi and Phuket depart at 14:30.

Sunsets in Phuket are always a spectacle, but if you want to see the best one go to the Phromthep Cape. It’s Phuket most southerly and southwesterly point, and many tourists and locals come here for views and to enjoy the sunset. Each day hundreds of tourists from all over the world come to watch what has been described as the most beautiful sunset to be seen in Phuket. I know it could be a turn off for some as it is too touristy but the view is amazing and that’s why a Phuket Must See Places, sunset.

From the viewpoint, there are panoramic views from the southern tip of the Island all the way to Nai Harn Beach. You also get a good view of the islands and the Andaman Sea. But the sunset is the real reason to visit. Also on the top of the hill is an elephant shrine which represents wisdom and strength in the Buddhist teaching. There is a lighthouse that was constructed in 1996 to celebrate the Golden Jubilee of HM King Bhumibol Adulyadej.

This beautiful area is a National Park famed for its spectacular scenery. The large bay contains more than 40 islands.

It is one of the most beautiful bays of Thailand. It is famous for its gravity-defying limestone formations, including James Bond Island (Ko Tapu) and Koh Panyee. Tour operators organize many different tours and most of them follow the standard route around the bay passing weird rock formations, limestone outcrops, hidden lakes, tiny beaches, and caves.

Many of the limestone islands contain caves. Water seeping through the limestone rocks over tens of thousands of years has formed some fascinating caves and rock formations within the islands.

Koh Panyee, a “floating” fishing village which was established on stilts 200 years ago by Indonesian fishermen who fell in love with the location. Their descendants are now the only inhabitants of Phang Nga Bay.

Wat Suwan Khuha temple is often visited by tours heading to Phang Nga for excursions including elephant rides or white water rafting. Outside the cave you find a temple, stalls selling fruit, drinks and snacks and lots of monkeys who will steal your food given half a chance, so beware.

The most important of the 29 Buddhist temples of Phuket is Wat Chalong or formally Wat Chaiyathararam, located in the Chalong Subdistrict, Mueang Phuket District. It is dedicated to two highly venerable monks, Luang Pho Chaem and Luang Pho Chuang. Two monks, who led the citizens of Chalong Sub district fighting against the Chinese rebellion in 1876 and with their knowledge of herbal medicine helped the injured.

As with all Buddhist temples, there is a strict dress code that must always be followed:

Shoes are never allowed inside a temple, so be sure to leave yours outside with all the others.

Women are required to cover their shoulders and wear pants or skirts that extend down to their knees.

Certain level of respect is expected, Speak in a quiet tone within the temple and don’t touch the statues or other Buddhist relics. 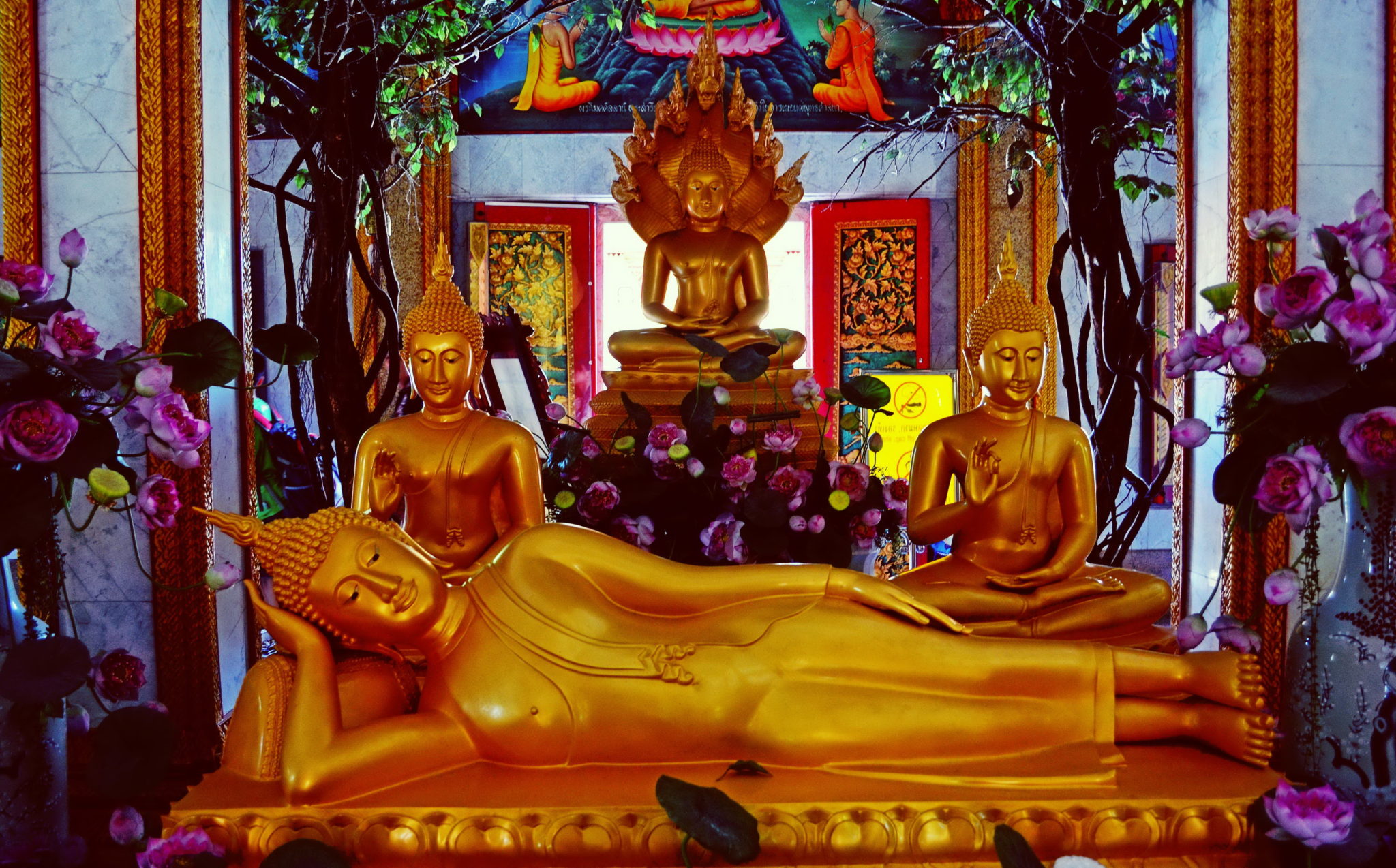 The most recent building on the grounds of Wat Chalong is a 60 meters tall ‘Chedi’ sheltering a splinter of bone from Buddha. Walls and ceilings are decorated with beautiful painting illustrating the life of Buddha, as well as many donated golden statues. Wat Chalong Chedi is built on three floors so feel free to climb all the way to the top floor terrace to get a nice bird view on the entire temple grounds.

How to get to Wat Chalong:

From Kathu pass Central Festival heading towards Chalong & Rawai. Drive along Chaofa Road (West) and it’s about 5 km from Central Festival on the left side of the road and is well indicated.

Phuket FantaSea Thai cultural theme park. It is located on Kamala Beach, next to Patong Beach, on the Andaman Sea side of Phuket island. Distance from Phuket International Airport is 23 km, and from Patong Beach is 9 km. The park opens in the evening until late at night.

Since opening on October 18, 1991, Phuket Simon Cabaret has established itself as a market leader of professional entertainment venue. For sheer entertainment, Our set designs are outstanding, costume extravagant and the performers glamorous! In the exclusive, luxurious and intimate theater with hi-tech sound and lighting equipment.

Their shows are truly international featuring modern and traditional acts from around the globe in English and alternative languages.

Phuket Big Buddha (Phra Phutta Ming Mongkol Akenakiri or Ming Mongkol Buddha), is at the peak of mount Nagakerd, Subdistrict Karon. Big Buddha Statue width: 25.45 m. height: 45 m. Reinforced concrete structure adorned with white Burmese jade marble. The weight of the white jade marble is approximately 135 tons per 2,500 sq.m. You can even purchase a break or marble tile and sign your names to place forever inside the Big Buddha.

The name “Phraphutthamingmongkhol-akenagakhiri” was later granted and appointed as the Buddha statue a treasure of Muang Phuket by Somdech Phra Yanasangvara, The Supreme Patriarch of Thailand on August 19, 2008. This was accepted with reverence by Mr.Suporn Wanichakul, the president of the corporation creating the Buddha statue.

How to Get to Big Buddha?

Phuket Big Buddha is on the way to Chalong . From Kathu pass Central Festival heading towards Chalong & Rawai. Drive along Chaofa Road ( West ) and it’s about 5 km from Central Festival on the right side of the road and is well indicated.