The biggest among Thailand Festivals is The Thai New Year which is celebrated for three days, although the celebrations go for a week. It is also a three-day national holiday. During Songkran, most office buildings, banks and even family-run shops and restaurants shut down completely, while big shopping malls usually remain open.

This well-known of all Thailand festivals, Songkran is for those who love a good water fight. Something like a Holi in India minus the colors. This is the festival of waters. Water in buckets, hose pipes, water guns and what not.

The Songkran festival is not restricted to one place.  The whole of Thailand is celebrating it, all the street of Thailand are celebrating it. You won’t be spared; even the cops get the wet treatment. But there are always few places where you enjoy the most. Here are the top spots in each city.

The capital city will be the wildest. Pool parties, Dj Parties even the clubs at RCA have parties.

Beach road is the place where everything happens. Beach has got stage shows, Dj’s spinning their tunes and since you are stuck in traffic, a lot of mobile parties.

Tha Phae Gate is the place you should be heading. They have beauty pageants show – Miss Songkran.

Nimmanhaemin Road is where the party continues till late night.

Patong Beach is the obvious location. Be ready for some amazing beach parties wet and wild.

Soi Bangla among other things has a Miss Songkran beauty pageant.

Chaweng Beach is the place where parties on the beach and in all of the bars and the clubs happen. Head west to Na Thorn for a more traditional Songkran. The local fishermen and their families’ celebrate here.

Traditionally, Thais perform the Rod Nam Dum Hua ritual on the first day of Songkran, which is officially the National Elderly Day. During the ritual, young people would pour fragrant water into the elders’ palms as a gesture of humility and ask for their blessings.

The second day of Songkran is officially the National Family Day. Families would wake up early and give alms to the monks, and then ideally the rest of the day would be spent sharing quality family time together.

Contradictory to what you may have witnessed throughout Songkran, fun-loving Thais don’t just throw water at each other for no good reason (besides having a kick out of seeing other people soaking wet). The real meaning behind the splashes is to symbolically wash off all misfortunes in the past year, thus welcoming the New Year with a fresh new start. 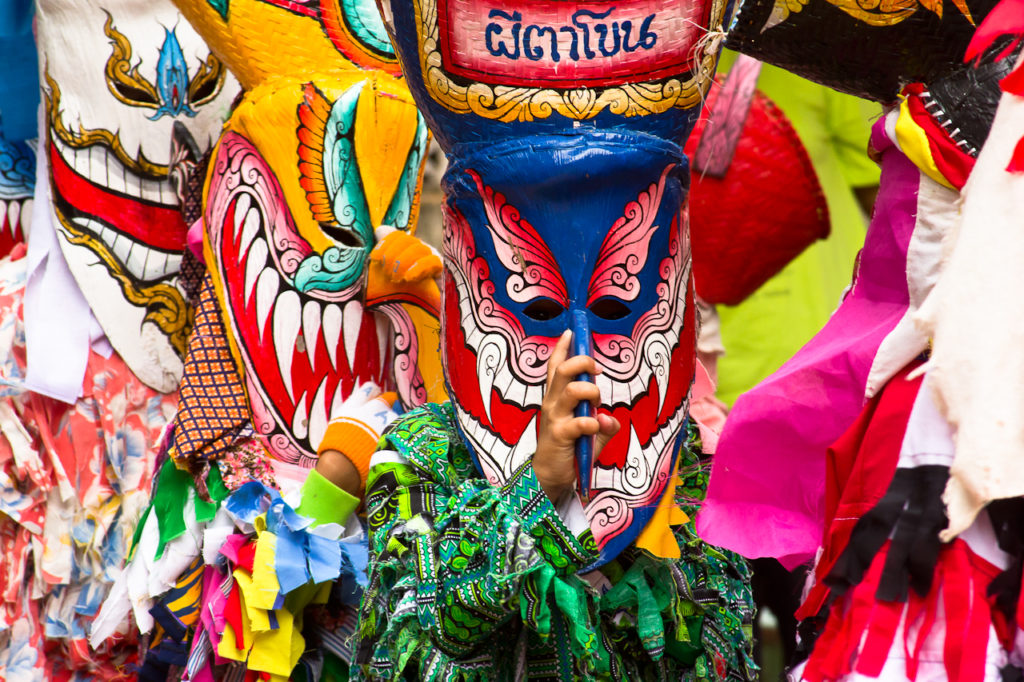 It is celebrated in the month of June/July; astrologically it is held on the weekend of the 6th full moon of the lunar calendar. The legend has it that such a party was thrown that not only the living but the dead too wanted to come. It is Thailand’s most colorful festival, where colourful masks are worn by thousands of locals. The masks are ghastly, stretched faces, decorated in bright colours.

Phi Ta Khon a tradition of the Dan Sai District of the Loei Province in Isan. It is better known as the ghost festival since it reflects the regions beliefs on ghosts and spirits. If you are in Bangkok, it’s around a seven-hour journey.

Month – November I Day – Last Sunday of November I No. Of Days – 1 Day I City – Lopburi, Bangkok 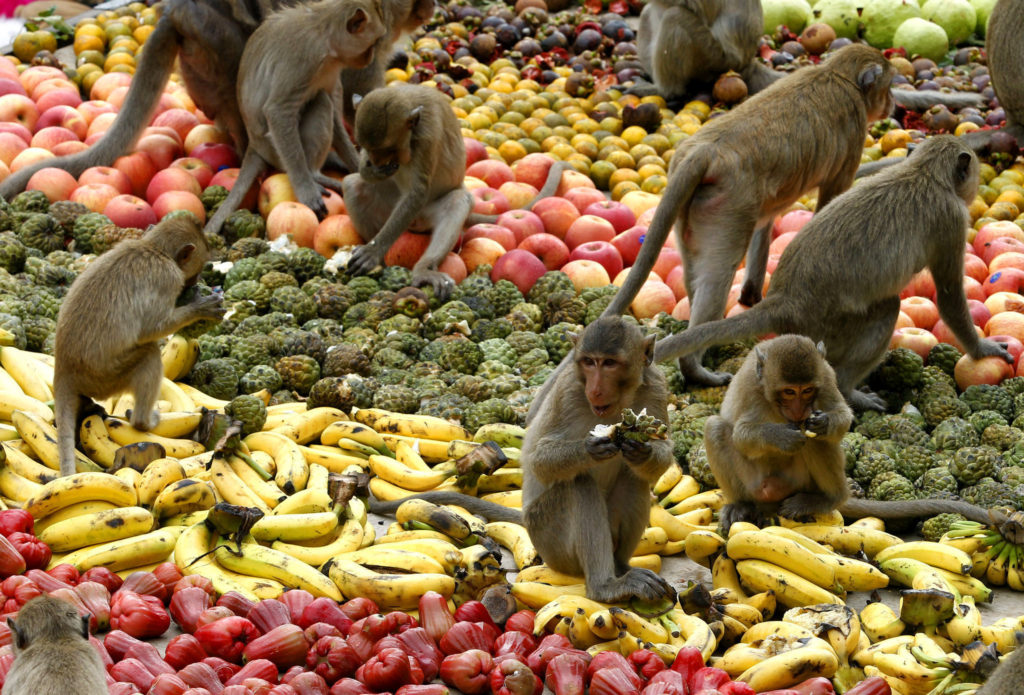 This Thailand festivals is celebrated in Lopburi which is 150Km north of Bangkok. On the last Sunday of November each year, the town of Lopburi shows appreciation to their main tourist attraction, monkeys. They do this by serving a huge buffet of food, solely for the adorable and smart animals.

There’s a huge banquet laid out for the approximately 3,000 monkeys and they are allowed to feast on 4 tons of fruits, vegetables, and other treats.

Month – November I Day – Mid-way through November I No. Of Days – 3 Day I City – Chiang Mai

Yi means “two” and peng means a “full moon day”.  Yi Peng Festival in Chiang Mai is celebrated on the full moon of the twelfth lunar month every year, which normally means mid-way through November, but this can vary. In 2016, the Yee Peng Lantern festival will be held on November 14th.

The official Yi Peng Festival in Chiang Mai usually takes place over three days with religious events, cultural activities, street parades and the release of sky lanterns. The event always takes place at the same time as Loy Krathong which means if you are in Chiang Mai you can also see floating krathongs on the Ping River.

The act of releasing the lantern and krathong symbolizes letting go of all ills and misfortunes in the previous year, and Buddhists also believe that if you make a wish when you set off the lantern, it will come true

Lanterns are released into the sky all over Chiang Mai during the night; the best place to head is Mae Jo University for the big release at 18.30. Do note that you should arrive well in advance of this time to get a good spot. 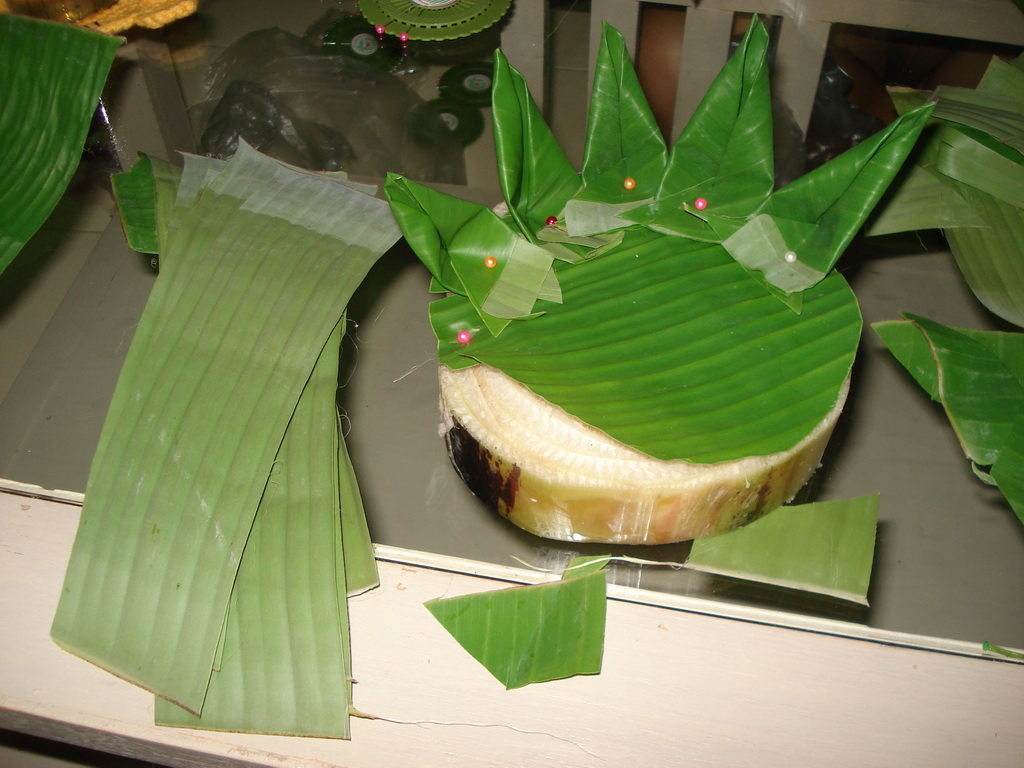 Loi means “to float”, while krathonghas various meanings, one of which is “a small container made of leaves which to be floated on water during the Loi Krathong festival” 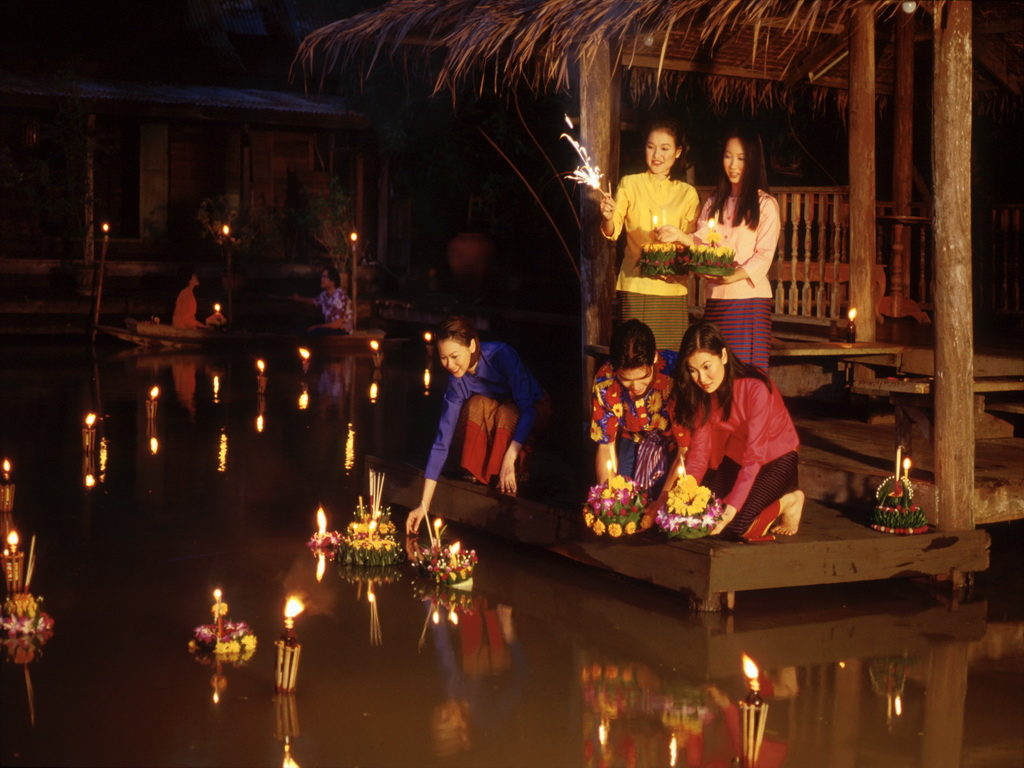 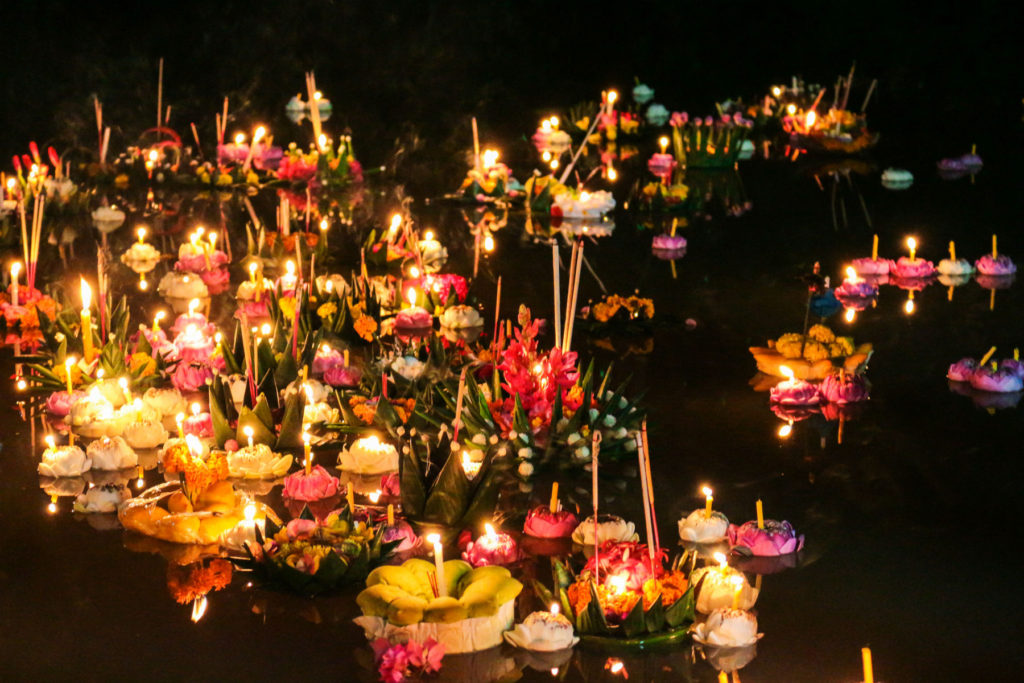 Decorated elaborately a Krathong with folded banana leaves, incense sticks, and a candle. As an offering to the river spirits, a small coin is included. On the night of the full moon, Thais launch their Krathong on a river, canal or a pond, making a wish as they do so. The festival may originate from an ancient ritual paying respect to the water spirits. Many Thais use the Krathong to thank the Goddess of Water, the Hindu Goddess Ganga, Phra Mae Khongkha. 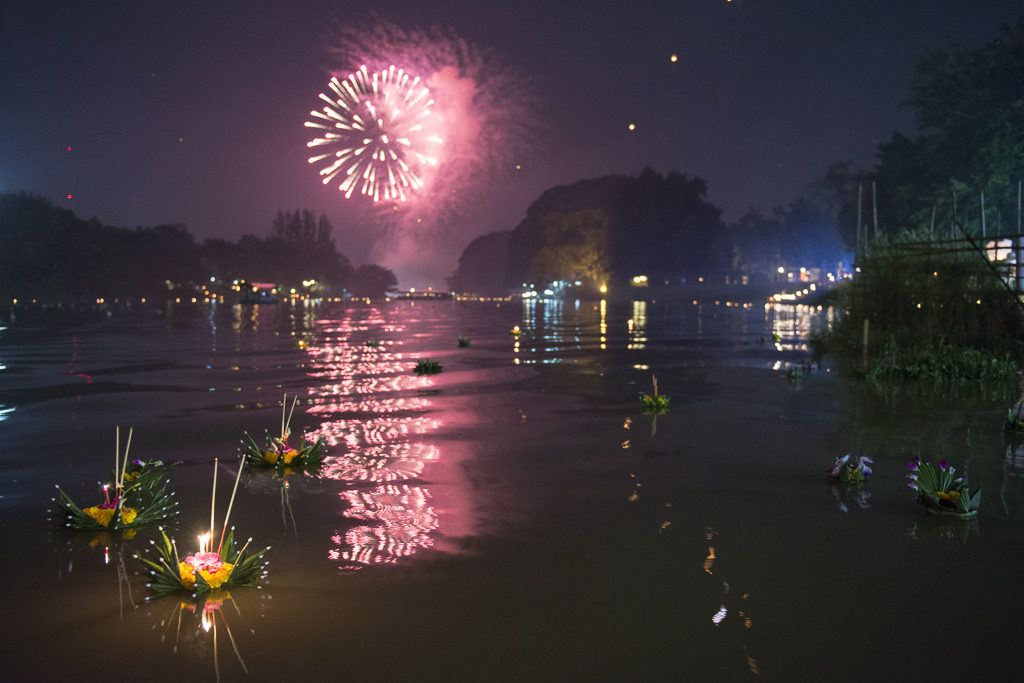 Here are some more Thailand Festivals:

Month of January, in Chiangmai 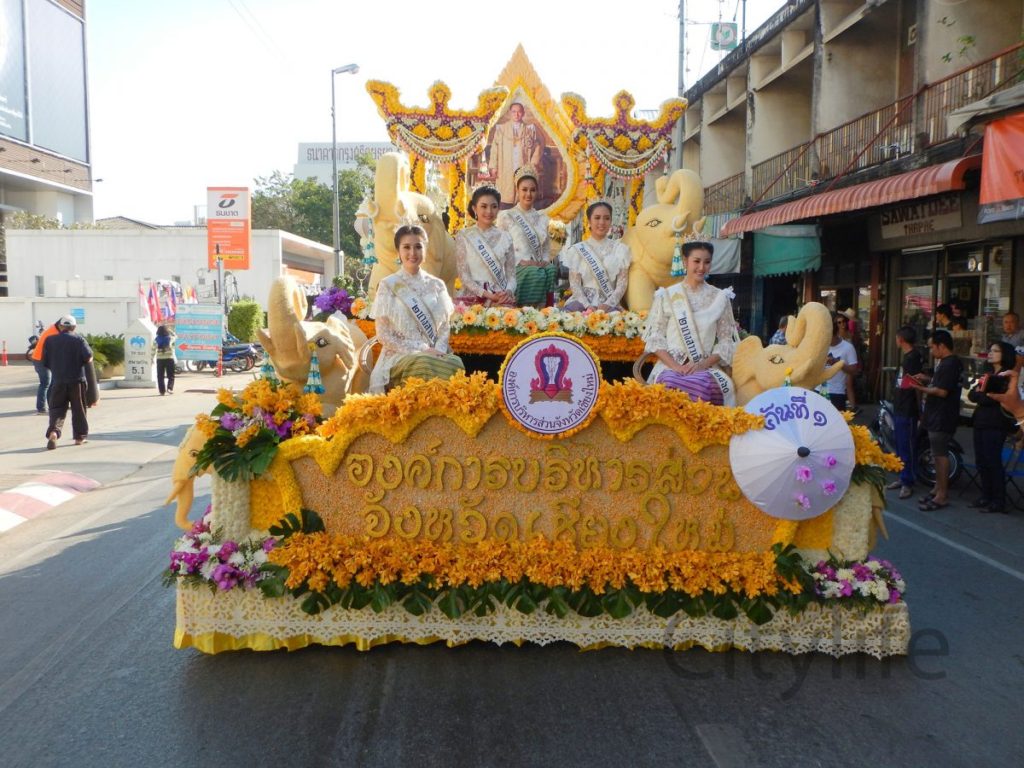 Witness the beautiful flower-decorated floats, ladies in the Flower Queen Beauty Pageant and the flower arrangement contest in this highly-anticipated colorful season in the North.

This event is a series of sales fairs organized by community Housewives and One Tumbon One Product (OTOP), featuring fruit-decorated floats on parade, best fruit products showcase and modified fruit product contest.